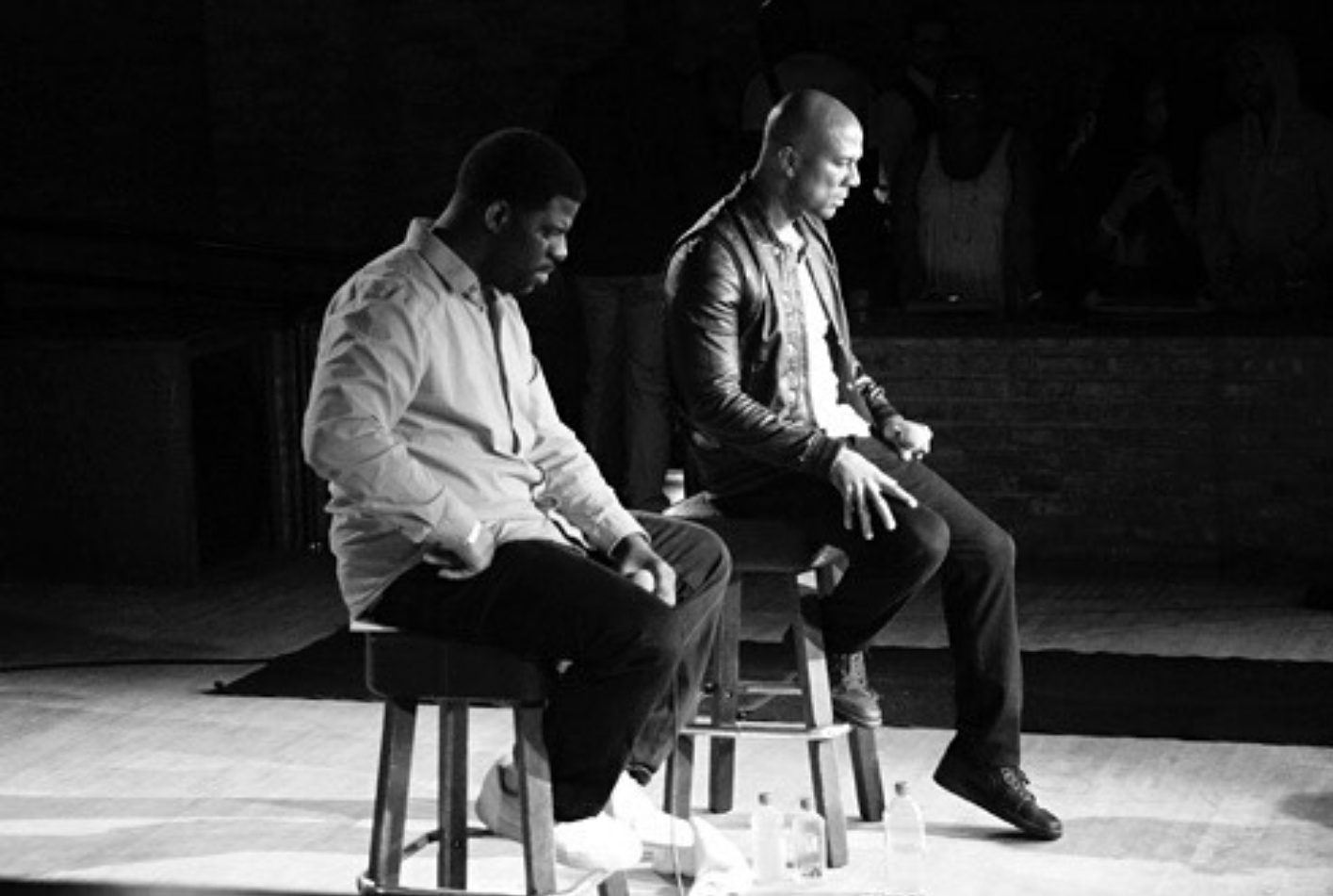 Death Is Inescapable (A Dream In Color)

I was at a Chicago house party in the community; maybe (the hood).

The old house was a huge dingy structure with outdated brown paint and 80’s style wood paneling lining the walls.

Despite its ran down appearance this place with excitements happening in each room.
Laughter, music and painting on canvases through one door.

Weed smoke, colored lights and dancing in the next room.

All kinds of melanated people who comfortably knew each other enthusiastically debated topics of art, revolution, social justice and spirituality.

I walked into this space and was welcomed as a guest of honor; more relaxed I spoke about my ideas with an air of authority.

This house party was a low key gathering spot for ultra creatives, an evolved version of church minus the business of it all.

Relaxing, exchanging ideas and rejuvenating one another seemed to be the theme of this place.

There was a middle aged quirky half balding guy who seemed a bit out of place in attendance.

He became mildly offended by some of the things I saying, he challenged my spiritual philosophies as sacrilege.

Some of the other guests challenged the idea of anything being anti-God if all comes from the Creator.

I did what I usually do in those situations by giving him personal attention and listening with authentic concern to his views.

The guy was a little off, but who am I to judge most artisans live in other kinds of realities then the “normals”.

Common suddenly pulled up to the house in a fancy S.U.V. to pick me up.

He wanted to ask a favor of me, he asked if I knew of anyone who wanted to buy his Chicago suburban home for $1.2 million. [sidebar]-(This Is A Dream, Common Doesn’t Have a Chicago Suburban Home)

As he drove, we listened to old soul music and had some incredible dialogue.

The Sun began to rise as twisted through winding roads that opened up into mountains with exotic trees, wide open skies and colorful quaint houses sprinkled throughout.

Rashid (Common) talked passionately about being in better places in order to feel better.
I spoke to him about the marvels of the world being all around us, no matter where we were.

The scene suddenly switched, now we were on a single engine plane he was piloting.
Common flew the plane under the clouds and over beautiful aqua green & blue waters below.

I was super impressed that this rapper/guy I knew from the south side of Chicago grew to the level of driving through beautiful secret locations and flying planes.

We landed at a small cafe/brunch restaurant in the middle of the ocean that upon first glance could only be accessed by plane, perhaps it was a small town in the background similar to Nantucket or Martha’s Vineyard, I’m not so sure.

We exited the plane from the water onto the port and went straight in for lunch.

Lots of wealthy beautiful people whisked around wearing whites and light tans, the weather was gorgeous and problems seemed distant to non existent.

The breeze was gentle, the air was fresh with the slight smell of fruit.

The sun was as warm and felt like a firm hug all over my soul.

A small cute dog came to my table with 2 other pups who were just as adorable.

I fed them morsels from my plate, as the waitress delivered a newspaper to the table.
I began to read as I periodically gazed out the open window at the beautiful oceanic scene, the gentle waves and the suns rays over the wealthy.

My meditative calmness quickly turned to nightmarish horror as I read about a terrorist attack at a Chicago house party. A man came into the home and opened up gun fire because of his belief the attendees were Iranian & Muslim sympathizers.

In an instant the beautiful sky turned dark, lightening filled the clouds.

Someone yelled “There’s a storm coming, everybody out!!”

Common had already left, his plane was in the air; people began stampeding toward the door.

The puppies looked at me helplessly and I thought, I gotta grab them before I make my escape.

I placed them in a box I found, I looked outside and the clouds closed out all light from the sun, the waves that were once my friends began violently crashing ever closer.

I sat back down at the table and waited to be over taken without hostility or resentment. I awoke and felt death ever closer.